About 15% of the energy in the normal house is lost through the floors according to the research. In order to reduce this, we at The Crazy Engineer decided to install under floor insulation under our wooden floors. As this was a retrofit, we chose GreenStuf under floor insulation. This was a special order from our local hardware store. The insulation comes in large rolls, just wider than the distance between the floor joists. 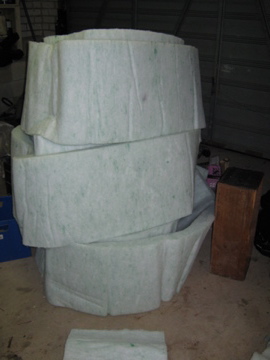 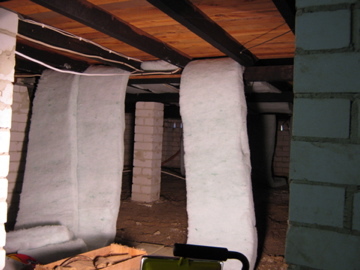 The good thing about polyester insualtion is that it is hypo-allergenic, meaning that no special protective gear is needed to install it. The major risk is from hitting your head on the joists, or getting hit by a spider. 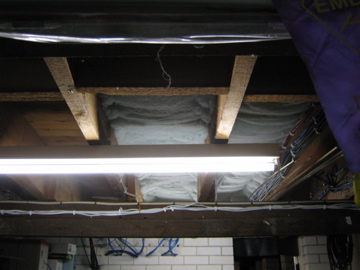 So, did this actually work? To be honest, we are not sure. After installing the insulation we started measuring the temperature under the floor, and found that the area gets cool, but not that cold. It rarely gets below 10C meaning that there is not that much differential between the air space in this part of the house and the living area above. I am sure it had some effect, but probably not as much as I was hoping for.